I am a summer intern for the Georgia Innocence Project (GIP). I received a grant from the Emory Public Interest Committee at Emory University School of Law to work 400 hours with GIP over the course of the summer.

I chose to work at GIP because I aspire to be a criminal defense lawyer, specifically in juvenile court. Because of the amazing recommendations from previous interns and my own research on this organization, I felt GIP would provide me with meaningful exposure to the criminal justice system while allowing me to work directly on cases during the summer after my first year at Emory Law.

And that is true. I have been able to work on a number of cases for GIP. One of my cases is both intriguing and incomprehensible and I’d like to share the story with you.

Terry Talley has been incarcerated since 1981 for the rape of two women and aggravated assault against three other women. These attacks happened in the city of LaGrange, Georgia (population 30,452) and at LaGrange College. The police believed these attacks were being committed by a serial perpetrator; LaGrange was in a state of panic. When police arrested Mr. Talley, they believed they had found their man. However, the evidence from these incidents casts serious doubt on Mr. Talley’s convictions.

The police looked at a number of suspects. For instance, the investigation of the incidents on the LaGrange College campus uncovered over twenty-five male suspects, all of whom matched the description of the assailant; black male, 5’7”, 170 pounds. (Mr. Talley was never one of those suspects). Despite this, police focused solely on Mr. Talley when he was arrested for an unrealated assault.

Mr. Talley first wrote to GIP in 2006. Many interns have worked on this case before me.  One intern, several years ago, actually found evidence in one of the rape cases.  That evidence was DNA tested and proved conclusively that Mr. Talley did NOT commit that crime.  Even though the police and prosecution believed that all the crimes were committed by the same man, proving that he did not commit one of the crimes was not enough to exonerate Mr. Talley. We need evidence from each case. So the investigation continues.

I am almost overwhelmed by the challenges in investigating a case as old and as complex as Mr. Talley’s. The search for DNA evidence has been incredibly difficult.  It appears that law enforcement has either destroyed or lost the evidence in all the other cases. How do we move forward?

Remember all those original suspects?  There are actually two very viable alternate suspects in Mr. Talley’s case.  One suspect lived and/or worked near the crime scenes in LaGrange. The college incidents actually appear to involve a former police officer, the second alternative suspect. Both alternate suspects bear a striking similarity to Mr. Talley, in height, build and facial features. Perhaps, if the original suspects had been fully investigated, rather than being ruled out simply as a result of Talley’s arrest, the victims would have been given the opportuntity to identify the true perpetrator.

Mr. Talley has been railroaded by the system.  He was tried for two separate crimes (including the rape that DNA proves he did not commit) and then took guilty pleas for the other three attacks.  He took those pleas feeling he had no other choice. (I must say, a plea to a life sentence is hardly a bargain.) Tragically, Mr. Talley did not feel supported by his attorney throughout the process, which leads me to recognize the importance of being a dedicated advocate.  As I attend Emory Law and prepare for a career in criminal defense, I am determined to provide each of my future clients, juveniles and adults alike, with compassionate support and understanding throughout all their legal proceedings. Each client should be fully aware of the facts of their case and the possible outcomes when taking pleas or going to trial.

Lastly, it has been most difficult to accept the fact that often, you may not be able to ultimately make a difference in the case. Believing your client is innocent while exhausting all avenues of investigation, yet still being unable to meet the legal standards for a new trial leaves me with a heavy heart. In this case, my search for physical evidence has been largely unsuccessful. Most of the evidence was destroyed or is simply unable to be located. Despite this, I am fueled with new determination to find other legal avenues to present a valid claim of innocence.  When I met Mr. Talley in prison, I sincerely reassured him: “we are still doing everything we can, because we do believe in you, and we do believe in the system correcting its wrongs.”

It is an honor and enlightening experience to work for the Georgia Innocence Project. I look forward to applying the investigative skills I have learned to my own work as a criminal defense attorney, to make a lasting difference in the lives of my clients. 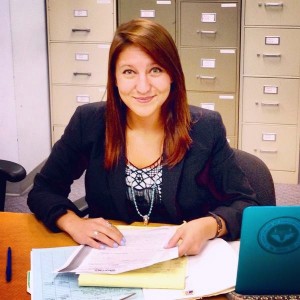