When The State Loses Or Destroys Key Evidence...

This week’s Undisclosed episode - “Mix Tape” - focuses on lost evidence in the case of GIP client Dennis Perry. Susan and Colin describe the litany of evidence the State apparently lost in the fifteen years between the original investigation and Dennis Perry’s trial:

Alarmingly, as recently as two years ago, the State lost some of the only remaining evidence in Mr. Perry’s case: several buttons, bullet casings, the victims’ glasses, and pieces of wire collected from the crime scene. A deputy from the Camden County Sheriff’s Office picked up these items from the GBI and they have been missing ever since.

When interviewed by a Denver Post reporter in 2007, Perry, then 45 years old and in his seventh year behind bars, “was unable to stem the flow of his tears: ‘I can’t believe I’m sitting here getting choked up about…glasses,’ he said, sobbing in his prison whites. ‘But how do they lose evidence in a capital case? How do whole boxes of evidence slip through their fingers?’"

Tragically, Perry’s situation, as horrific as it is, is not unusual - even in death penalty cases:

The loss or destruction of  physical evidence increases the chances of wrongful conviction by forcing juries to rely on less dependable evidence, like highly questionable eyewitness identification, unrecorded statements made during custodial interrogations, incentivized witnesses, and circumstantial evidence.

Evidence preservation is critical to proving innocence after trial. The 362+ DNA exonerees to date are free because someone maintained physical evidence that was later tested to prove their innocence. With technological advances, it is possible to glean ever increasing amounts of informative DNA data from smaller and smaller biological samples. We know that the mitochondrial DNA testing of hair on the welding glasses ruled out Dennis Perry as a potential contributor. But if that hair or those glasses or that Pepsi bottle were tested with the technology available today - they could likely identify a specific person rather than just rule another person out.

A Hollow Duty to Preserve Evidence

Dennis Perry’s trial was in 2003, the same year that Georgia passed an evidence preservation statute, O.C.G.A. § 17-5-56, which requires the State to preserve biological evidence relevant to the perpetrator’s identity until the person convicted of the crime has completed their sentence. But evidence that was lost or destroyed before 2003 is not covered by the statute. Even when relevant evidence has been lost or destroyed after 2003, there are no repercussions for the person or agency responsible -  the only consequence is that the convicted person is denied the opportunity to prove their innocence. In fact, we have a case (client was convicted based solely on circumstantial evidence), where police records in a county near Atlanta document the prosecutor’s verbal authorization in 2006 to destroy the murder weapon (a stocking used to strangle the victim) that almost certainly would contain the perpetrator’s DNA - a direct violation of  § 17-5-56. In the face of such a blatant statutory violation, is there a presumption that the evidence would be exculpatory, potentially entitling our client to a new trial? No. Should there be? Yes.

In addition to cases with destroyed evidence, we have dozens of cases involving lost evidence. But what does it mean to “lose” evidence? Is evidence lost if the State has not engaged in a thorough enough search to find it? Is the evidence lost if a government employee checked out the evidence and never returned it? If the evidence is lost but has not been destroyed or discarded, must it not exist somewhere? When dozens of potentially innocent people are sitting in prison for crimes they did not commit, how do we find that evidence when it does still exist? The North Carolina Innocence Inquiry Commission found a way. Created as an independent government body and charged with  re-investigating possible cases of actual innocence, it has authority to access evidence vaults in law enforcement and district attorneys’ offices during expansive searches for evidence. In a remarkable 25 cases where police, prosecutors, crime labs and Courts claimed that physical evidence had been lost or destroyed, the Commission found that missing evidence. An Innocence Inquiry Commission here in Georgia could potentially do the same. 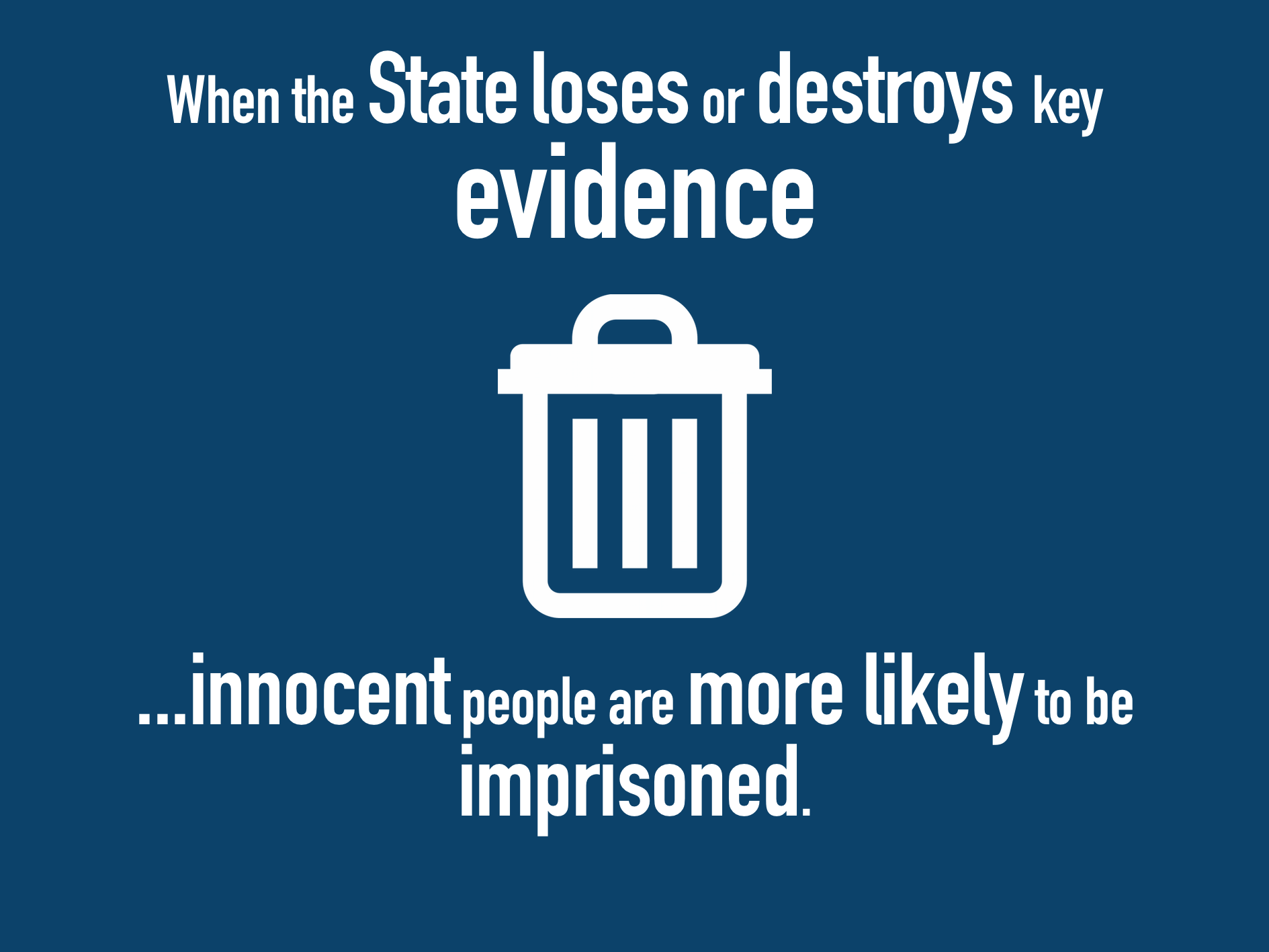