We have more EXCITING NEWS in the Devonia Inman case!

Yesterday, the Georgia Supreme Court rejected the Georgia State Attorney General’s efforts to stop Devonia Inman’s habeas case from proceeding to a hearing on the merits.  Additionally, Presiding Justice Nahmias and Chief Justice Melton issued extraordinary concurring opinions reminding prosecutors to “ensure that justice is being served” and urging the AG’s office to “personally and fully review” the case to decide “whether it is really in the interest of justice” for the State of Georgia to “continue resisting Inman’s efforts to obtain a new trial.”

Justice Nahmias noted that he has “grave doubts” about the trial court’s order denying Inman’s original Extraordinary Motion for New Trial several years ago, based upon post-conviction DNA testing results that implicated Hercules Brown rather than Devonia Inman.  He explained that while he could not find a way for the Georgia Supreme Court to correct that erroneous decision now, “this Court is not the only source of justice in this State. Indeed, judges are often obligated to enforce procedural rules, and we often must defer to discretionary decisions made by prosecutors. Prosecutors, however, may always exercise their discretion to seek justice – to do the right thing.”

It is what GIP has been saying for years about the criminal legal system in Georgia: 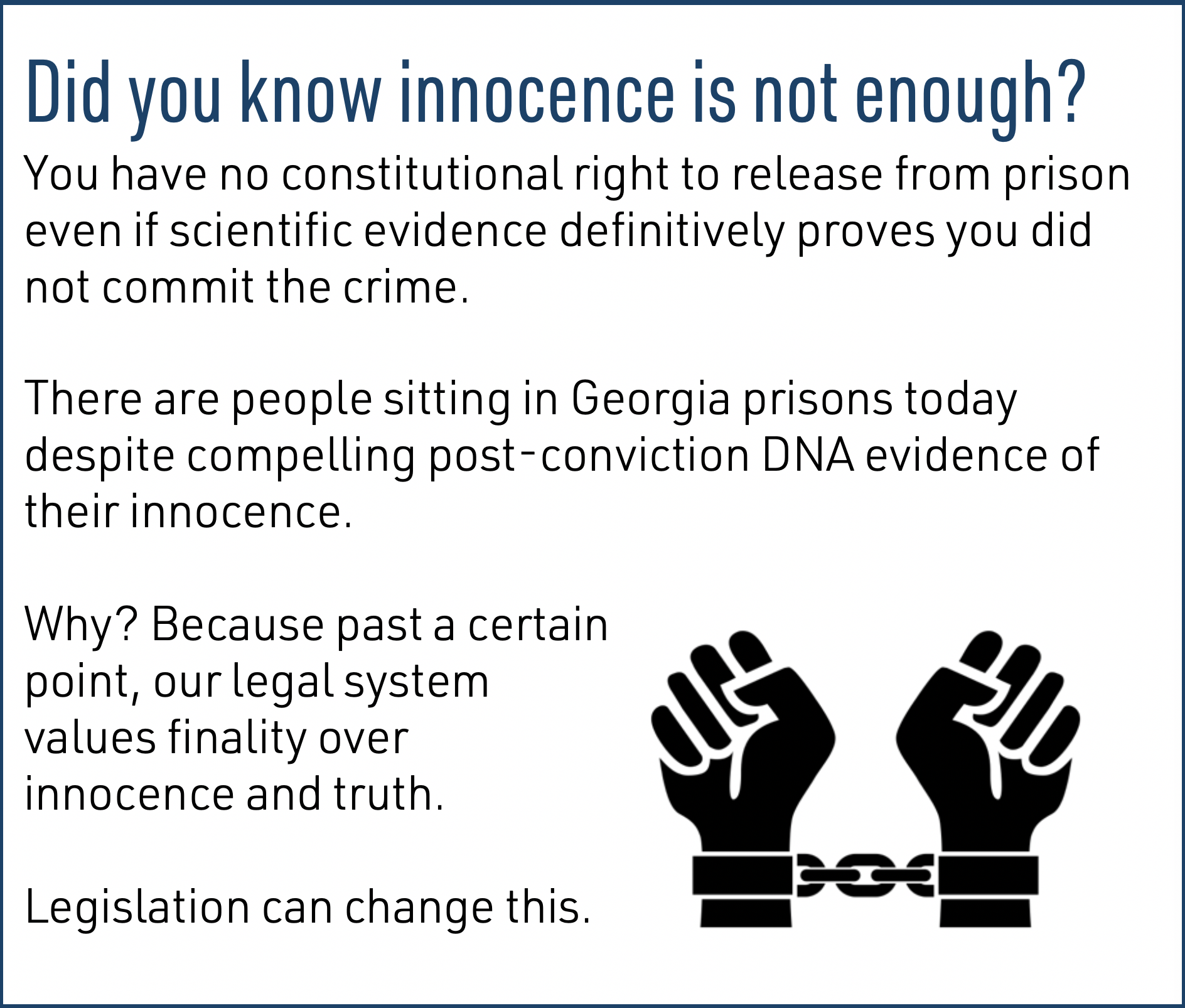 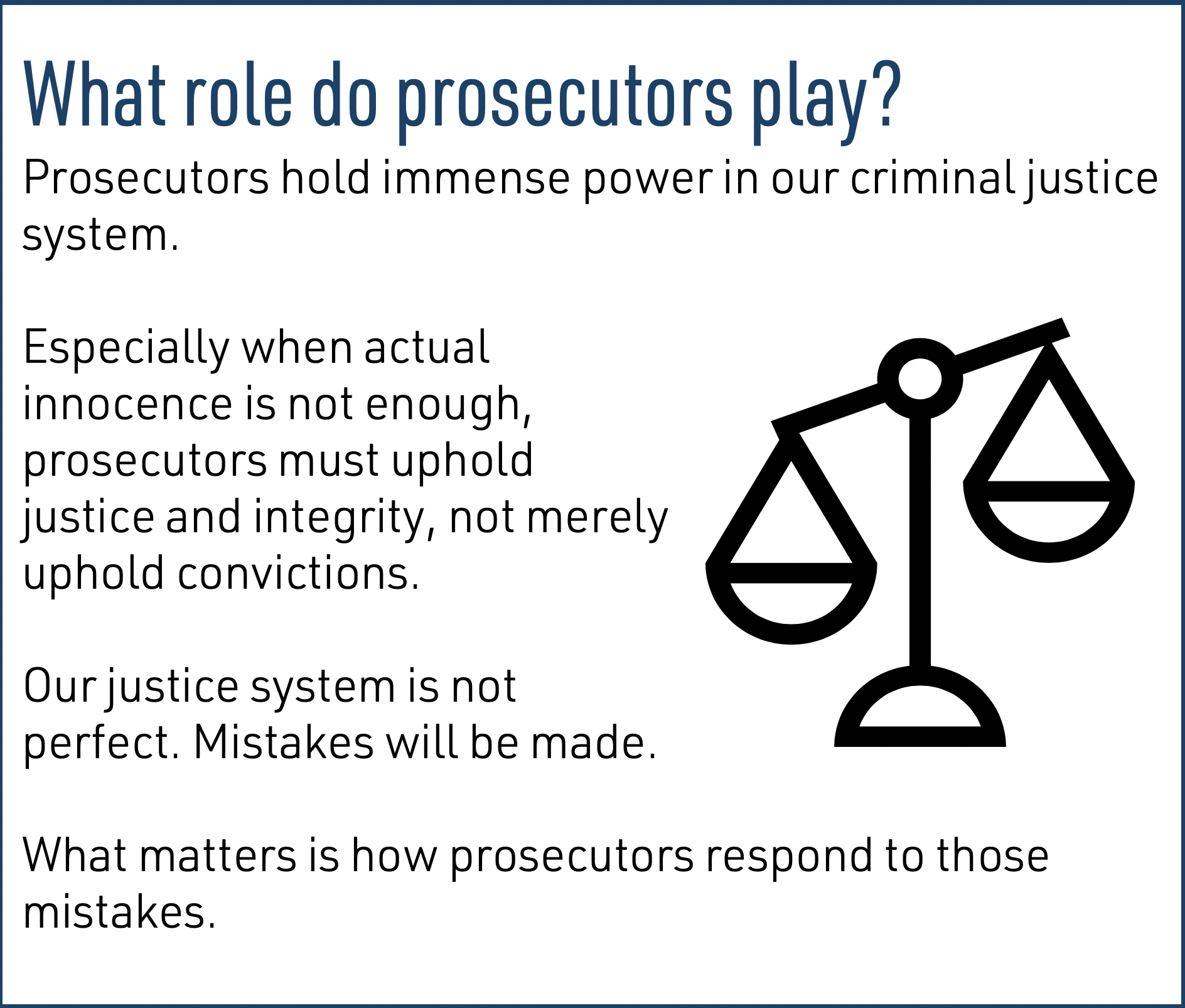 Devonia Inman is serving a death in prison sentence despite very compelling evidence of his innocence, including post-conviction DNA testing that implicates a different man.  Thanks to yesterday’s decision, the path remains clear for Devonia to obtain relief in the habeas court.

Meanwhile, we welcome the reminder from Georgia’s highest court that a prosecutor’s job involves discretion and justice: discretion whether and how to prosecute crimes, discretion to fight to uphold convictions, and discretion to recognize when an injustice has occurred, coupled with the power to rectify that injustice. There is nothing that requires the Attorney General’s Office to fight every post-conviction case irrespective of their own assessment of truth, integrity, justice and innocence.

As Justice Nahmias noted, “Everyone involved in our criminal justice system should dread the conviction and incarceration of innocent people.”

Indeed, when the dreaded happens and an innocent person is wrongfully convicted and imprisoned, the discretion becomes an obligation.  The American Bar Association tells prosecutors their ethical obligations in such situations:

“Special Responsibilities of a Prosecutor: Rule 3.8 (h): When a prosecutor knows of clear and convincing evidence establishing that a defendant in the prosecutor’s jurisdiction was convicted of an offense that the defendant did not commit, the prosecutor shall seek to remedy the conviction.”

Here is an Atlanta Journal Constitution article about the decision, and a Daily Report article.

Devonia’s story of wrongful conviction is the subject of two podcasts: Breakdown, Season 4 from the Atlanta Journal Constitution and Murderville from the Intercept.

Check out our July 2019 blog post for more background information about this fascinating and tragic case.