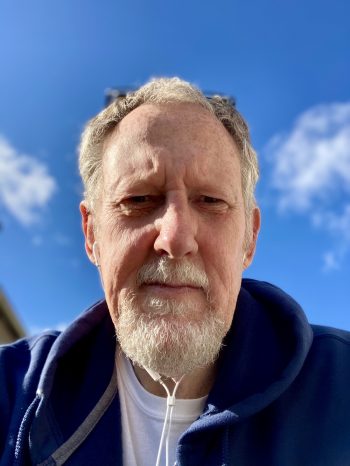 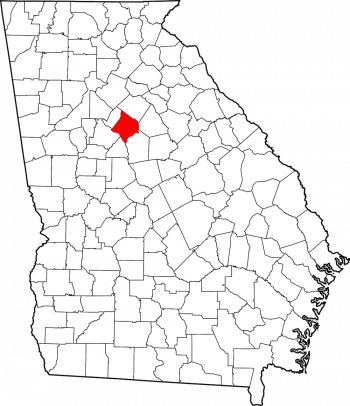 In the pre-dawn hours of January 6, 1990, a young woman was abducted while she was working at a convenience store in Newton County, Georgia. The assailant forced the victim into his vehicle and then sexually assaulted her.

In the days following the attack, the victim gave several statements to investigators. Each time, she described the assailant as a stranger. She told police that at one point during the attack, she noticed that she was close to the home of her ex-boyfriend, Ron Jacobsen, and that she considered trying to escape from the assailant by running to Ron’s house for help.

Police did not consider Ron a suspect until they interviewed a friend of the victim’s father.  Although the father’s friend had never met Ron, he told police that Ron may be the assailant, since he had heard the victim was having problems with an ex-boyfriend named Ron.

The friend also told police that he was keeping the victim company the night she was attacked and that he had caught a distant glimpse of the assailant. When police showed the friend a photo of Ron--a procedure that is now known to be highly suggestive--the friend said that was the man he had seen.

Meanwhile, despite repeated assertions that the assailant was a stranger, the Georgia Bureau of Investigation had advised local police that a crime victim can “hide facts in the back of their mind” and that an approach would be for police to “go through the crime step-by-step and essentially tell her all that [the police] know that happened,” and with “time” and “patience” the victim would “be able to recall the perpetrator eventually.”  Police worked with the victim and the suggestion that Ron was actually the perpetrator, and eventually, she acquiesced. Ron was prosecuted and tried as the assailant.

The only evidence against Ron at trial was the testimony of the victim and that of her father's friend. No physical evidence linked Ron to the attack. On the other hand, Ron had a strong alibi: several witnesses testified that when the crime occurred, Ron was 150 miles away in Chattanooga, at his girlfriend’s house. Nevertheless, Ron was convicted and sentenced to life in prison.

Based on this new exculpatory evidence, IP and GIP filed an extraordinary motion for new trial for Ron and argued the same at a hearing in 2017. After further litigation and some developments in the law, the district attorney ultimately agreed that Ron's conviction should be vacated, which it was on February 5, 2019.

However, despite the overturned conviction, exculpatory DNA, the strong alibi evidence, the unreliable identifications, inadequate police investigation and the fact that Ron had already served 28 years in prison, the then-district attorney threatened to try Ron again for the crimes and refused to agree to his release from custody.  The judge likewise refused to allow any bail at all, ensuring Ron would remain in jail - where Ron, who is indigent, then sat for more than 21 months. Additional lawyers joined the legal team, including from the prominent Georgia firm of Garland, Samuel and Loeb. After repeated motions and urging by Ron’s attorneys, and continued opposition from the State, the judge finally set bail: at $500,000! Over 1,000 generous supporters from around the country raised enough money so that Ron could post a $55,000 non-refundable bond and continue fighting his case from the outside.

On November 20, 2020, Ron Jacobsen was released on bond after more than 30 years of wrongful incarceration. But he was still not free: he remained under indictment for the 1990 kidnapping and sexual assault, was made to wear an ankle monitor, and was placed under other restrictions, while the District Attorney continued to weigh whether to try him again.

Finally, on August 25, 2021, Alcovy Judicial Circuit District Attorney Randy McGinley agreed to dismiss all charges. The DA stated that, in light of the DNA evidence and all the other evidence in the case, the charges against Ron could not be proved beyond a reasonable doubt. Read the court order in its entirety here.

At 61 years old, after spending almost half of his life wrongfully imprisoned, Ron Jacobsen is finally exonerated.