Georgia Innocence Project ·
@GaInnocence
2 yrs ago today, with the support of GIP & co-counsel @southerncenter, Johnny Lee Gates was released after being wrongfully convicted & imprisoned for 43 yrs—& over half of those yrs were spent on death row. Johnny, we’re so happy that you are here! Happy Freedom Anniversary! https://t.co/ppSSXqWQLS
View on Twitter 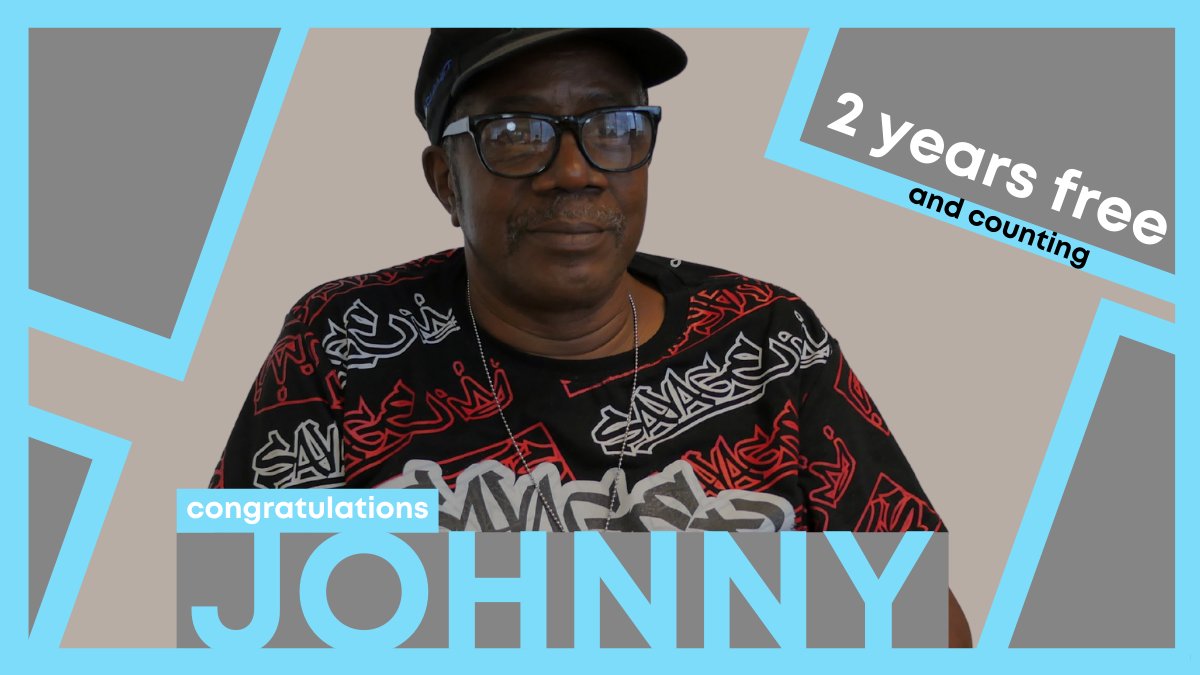 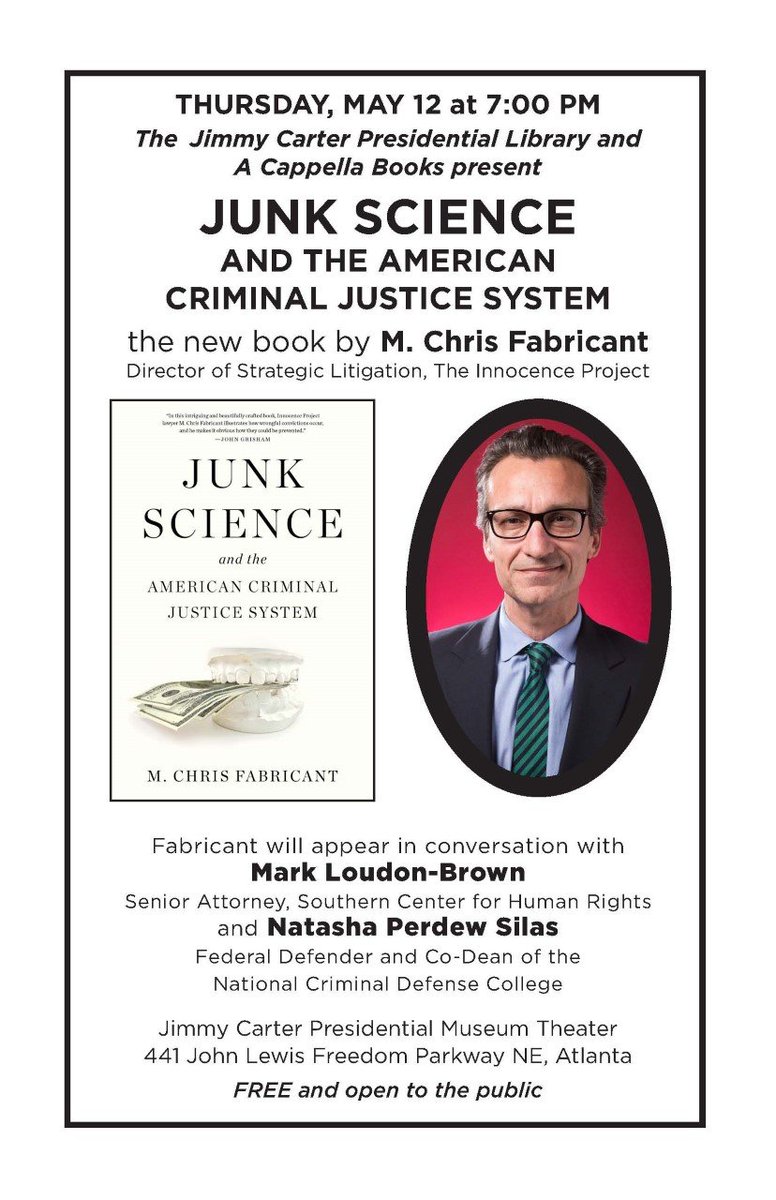 Southern Center for Human Rights@southerncenter
Thursday at 7 pm: SCHR Senior Attorney Mark Loudon-Brown joins @natashasilas of the Federal Defender and the @innocence Project's @Chris_Fabricant to discuss "Junk Science and the American Criminal Justice System" at the @CarterCenter in Atlanta- Free and open to the public! https://t.co/9CHoiEgmpl
2
6

Georgia Innocence Project ·
@GaInnocence
This Mother’s Day, we remember the mothers behind bars, the mothers who have seen their children locked away, and the wrongfully imprisoned who long to embrace their mothers today.
https://t.co/pgmM9YjTDQ
View on Twitter
1
8

Georgia Innocence Project ·
@GaInnocence
TONIGHT!
We hope you will join us at our Talent and Truth event featuring the amazing talents of exonerees, staff, and board members. Light snacks and drinks will be available! Come have a great time and support GIP!
Info/Tickets: https://t.co/jS9nyUeSyC https://t.co/RblNr4kAI6
View on Twitter 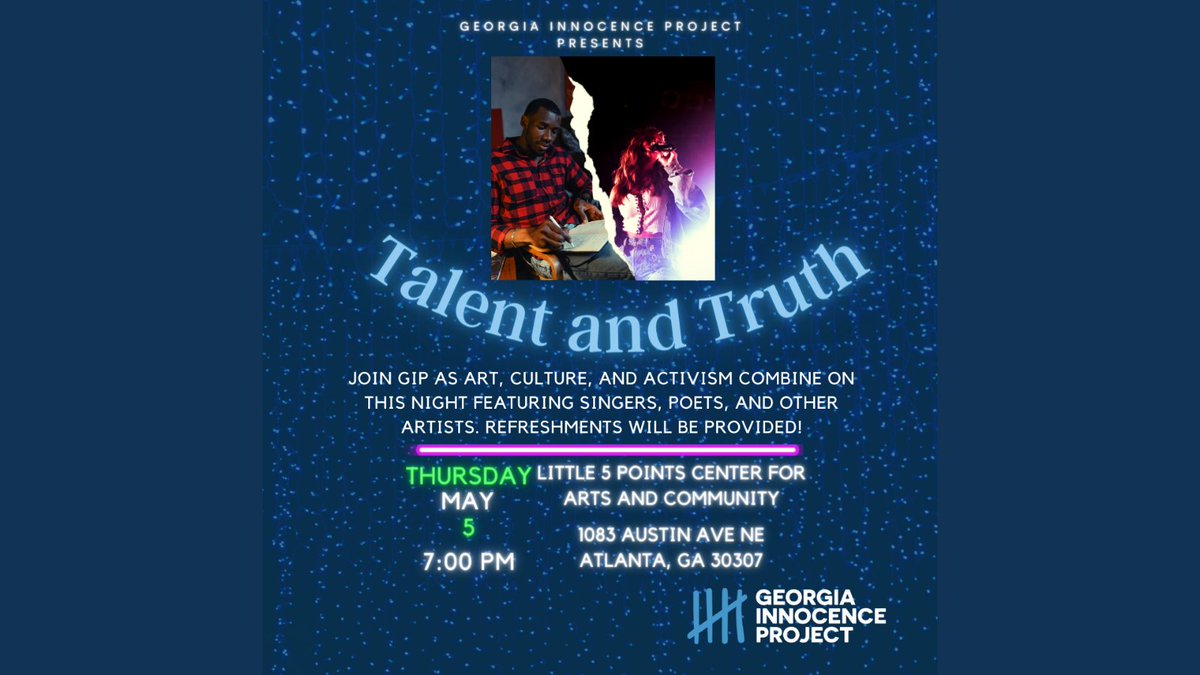 Georgia Innocence Project
Two years ago today, with the support of GIP and co-counsel Southern Center for Human Rights, Johnny Lee Gates walked out of Muscogee County Jail a free man after being wrongfully convicted and imprisoned for 43 years—and over half of those years were spent on death row. Johnny, we’re so happy that you are here! What a joy it is to get to celebrate this second Freedom Anniversary with you!

Now is your chance to join our team or share with anyone who might be interested in working with a passionate team to prevent and correct wrongful convictions in Georgia. Visit the link below for all the details.

Fabricant will appear in conversation with Mark Loudon-Brown, Senior Attorney at the Southern Center for Human Rights and Natasha Perdew Silas, Federal Defender and Co-Dean of the of the National Criminal Defense College.

This event is free and open to the public. Copies of the book will be available for purchase at the venue. Masks are required.

Innocence Project attorney M. Chris Fabricant presents an insider’s journey into the heart of a broken, racist system of justice and the role junk science plays in maintaining the status quo. The Jimmy Carter Presidential Library and A Cappella Books welcome the author and leading expert on fore...
16 1    View on Facebook

Georgia Innocence Project
Ms. Lucio was granted a stay by a Texas court just two days before her scheduled execution.

Ms. Lucio was granted a stay by a Texas court just two days before her scheduled execution.
7    View on Facebook

Georgia Innocence Project
This Mother’s Day, we remember the mothers behind bars, the mothers who have seen their children locked away, and the wrongfully imprisoned who long to embrace their mothers today.

Clarence Harrison was convicted in 1987 for a crime he did not commit and spent more than 17 years behind bars. During that time, he lost a lot, but perhaps the greatest loss was that of his mother who passed away while he was still imprisoned. Clarence was exonerated in 2004, but never got the chance to hug his mother as a free man.

Songwriters Melanie Hammet and Ben Holst were so touched by Clarence’s story, they turned it into a song, “Mama’s Face”. This video is from their performance at GIP’s recent Talent and Truth event.